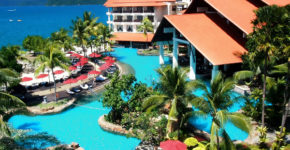 Set on 384-acres and encompassing two 5-star hotels, two international spas, and an award-winning golf and marina club the resort is located in the heart of Kota Kinabalu.   This really is a world-class retreat, and even though you are just five minutes from the city centre – 10 from the international airport – you […] 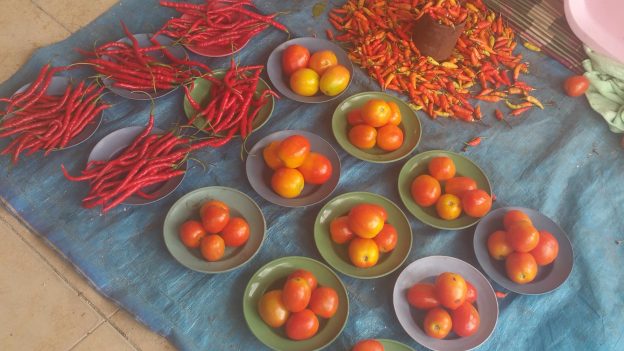 In the Minahasan Language, the capital of North Sulawesi's name, Manado refers to ‘in the distance' or ‘far away' and this city, which is on the far north coast of the island, certainly, is that.  It is just over three hours flying time from Jakarta to Manado's Sam Ratullangi International Airport and the city provides […] 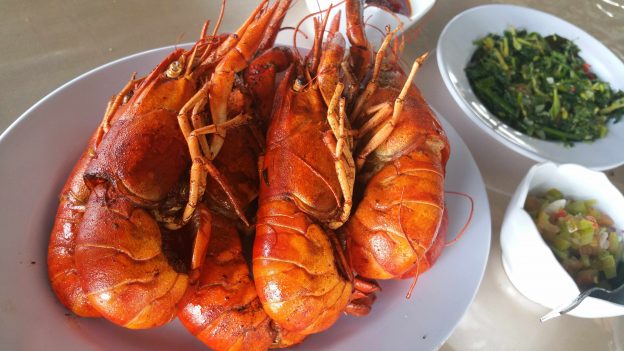 Wonderful Indonesia – Jakarta – So much to see and do

Indonesia – the largest archipelago in the world with over 13,000 large and small islands – consists of 5 main islands: Sumatra, Java, Kalimantan, Sulawesi and Papua and is divided into 34 provinces, and as Jakarta is the primary entrance to Indonesia for most, we thought we would take a look at what to do, […] 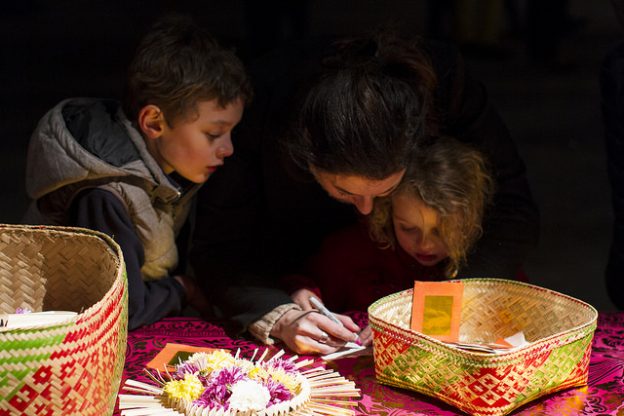 Bali came to the Apple Isle when thousands of people celebrated the winter solstice with a Balinese demon-purging “Ogoh-Ogoh” procession and burning ritual in Hobart. The Ogoh-Ogoh procession and burning was part of MONA’s Dark Mofo festival program, with the support of the Indonesian Ministry of Tourism (Wonderful Indonesia), Consulate General of the Republic of […] 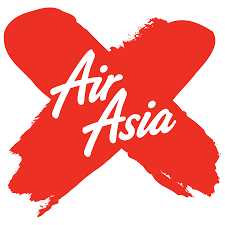 Air Asia 20% off all flights 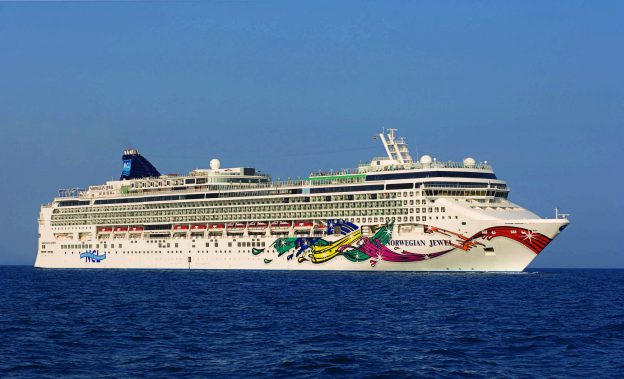 Norwegian Cruise Line’s Jewel will be based year-round in the Asia Pacific with departures to and from Australia commencing October 2017. From Airlie Beach to Auckland, Port Lincoln to Papeete, Burnie to Bali and Kangaroo Island to Komodo, Norwegian Jewel will be visiting some of the region’s most incredible ports. The line will kick-start their […] 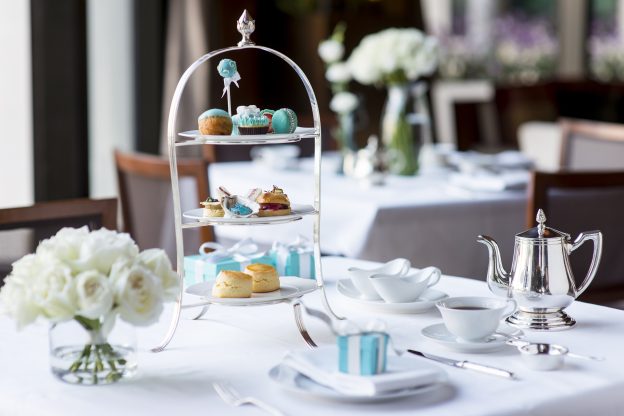 A special edition of the Peninsula Hong Kong Hotel's much loved afternoon tea will see two icons of luxury and good taste unite as the hotel partners with world-renowned jeweler Tiffany & Co.  Available only during the month of June, the 'New York Spirit Afternoon Tea' is p art of the hotel’s “Legendary Artisans” programme, […]

I’d never really had the inclination to go to Bali in Indonesia, even though I have so many family and friends that return year after year and tell me of its ‘to die for’ resorts and delicious fresh food.  To be honest, I had always just thought that when I finally did go to Indonesia […] 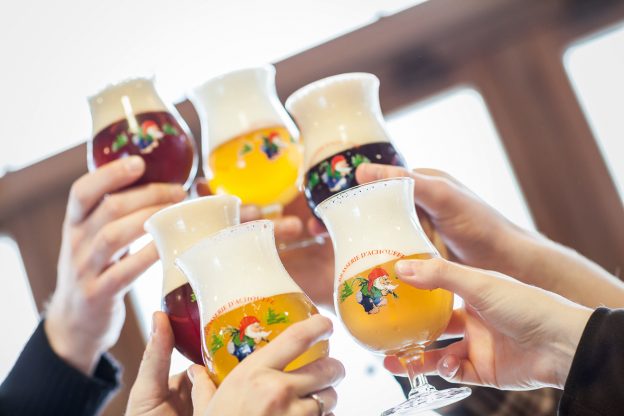 No matter what the celebration, when thinking of something a little different for the man in your life, why not skip the tie or aftershave and treat him to an adventure of a lifetime. From brewery hopping in Belgium, dogsledding in Siberia, fly fishing in Bolivia, roping cows in Wyoming – here's eight vacation ideas […] 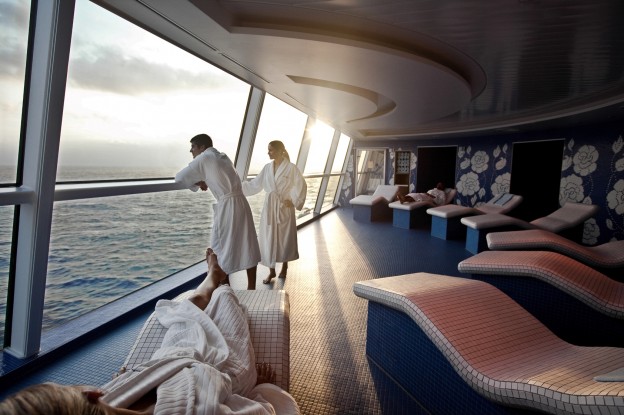 Celebrity Cruises is offering free return flights for two repositioning Asian sailings onboard award-winning Celebrity Solstice. This incredible offer will provide free flights for bookings made in Balcony Staterooms or above and is valid for new individual bookings made before 24 May 2016*. Fares start from $3099 per person in a Balcony Stateroom departing Sydney […]

Cambodia is destination worthy of spending some serious time delving into

Cambodia is located Southeast Asia, bordered by Thailand to the Northwest, Laos to the Northeast, Vietnam to the East, and the Gulf of Thailand to the Southwest. With so much history and culture it is a destination worthy of spending some serious time delving into its past and present day delights.  Probably the two ‘must […] 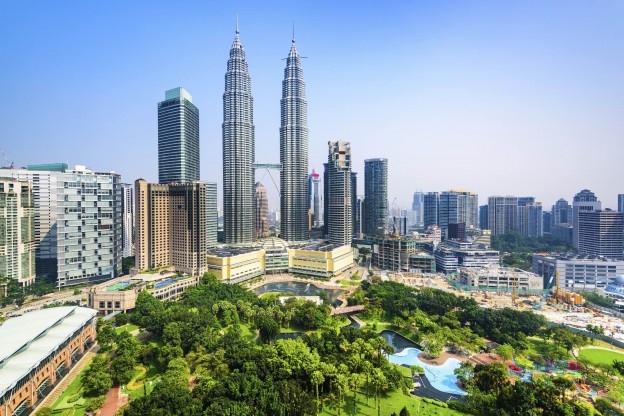 The perfect way to wile away a Malaysia stop over 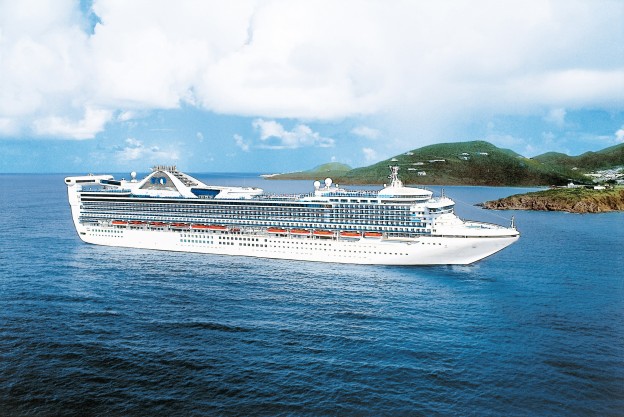 EXPLORE ASIA THEN SAIL TO SYDNEY

Spend two nights at the luxurious Raffles Hotel in Beijing and visit the historic Great Wall as a terrific prelude to an evening departure aboard Golden Princess for a 25-night cruise back to Sydney. Book through cruise expert ecruising.travel before April 30 to take advantage of this great value holiday plus bonus on board spending money. […]

From the pink beaches of Bermuda to the iconic Santa Monica pier in California, to the golden shores of Bali or the pristine sands of the United Arab Emirates, it’s easy to find plenty of idyllic beaches to escape to all year-round. However, soaking up the sun in some of the most spectacular beaches around […] 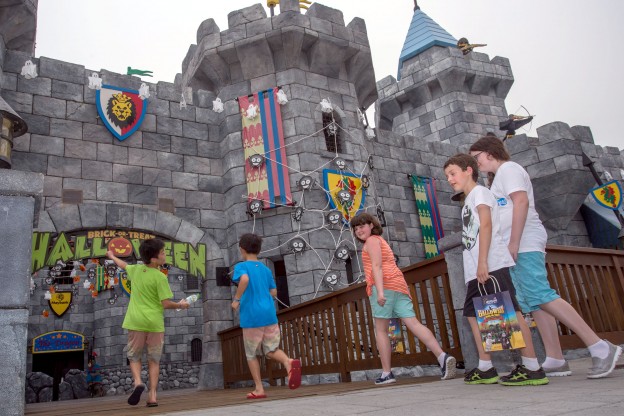 Throughout the month of October  LEGOLAND® Malaysia Resort is celebrating Halloween with specially themed ‘Brick-Or-Treat’ Party Nights. The Park’s opening hours have also been extended until 8.30pm each Friday and Saturday across the month to accommodate some fantastic additional Halloween inspired activities. Halloween at LEGOLAND Malaysia Resort is happening from 2 – 31 October, and […] 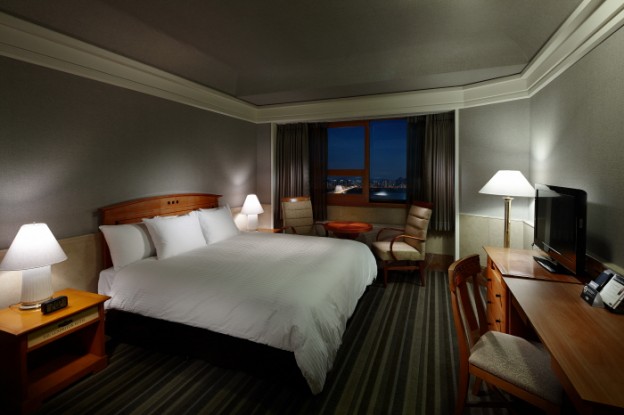 Let’s go “Seoul Searching” and Save

Save up to 30% at unique hotels across South Korea – the land of Kimchi and K-Pop music. Be enchanted with the enigmatic charms of cosmopolitan Seoul – the heart of South Korea’s cultural and economic activities  – and rediscover historical sites like the Gyeongbokgung and Changdeokgung. Discover the shopping and entertainment districts of Gangnam, […]

A Day in the Life of a Planet – #helloworldRELAY

For 12 hours on September 27, nominated travellers from around the world took followers on a visual journey to showcase the many wonders of our planet, its cultures, people and cities along with all its natural beauty, when the world first Instagram relay, #helloworldRELAY celebrated World Tourism Day. Did you get involved?  We would love […]

Our picks for the BIGGEST, BOLDEST and BEST Hotels around the world.

From soaring heights and breathtaking architecture to iconic cocktails and suites, all in the most coveted locations, we take a look at some of the BIGGEST, BOLDEST and BEST offerings in the world. LARGER THAN LIFE Fairmont Makkah Clock Royal Tower is one of the world’s tallest buildings, with 76 soaring floors standing watch over […] 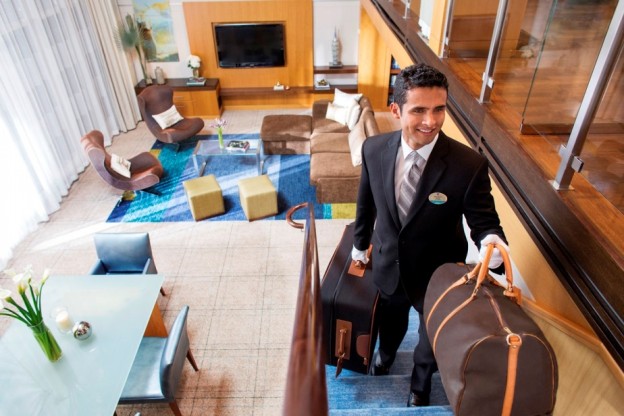 “The new Royal Suite Class redefines luxury at sea with exceptional experiences that discerning travellers will appreciate, offering some of the most unique suites onboard the world’s most revolutionary ships,” said Michael Bayley, President and CEO, Royal Caribbean International. Delivering contemporary luxury designed for discerning travellers on sailings from May 2016 Royal Caribbean International has […]

Lightning  fast journeys on a Shinkansen, numerous World Heritage listed sites, superb Japanese cuisine and so much more are available in a new collection of private deluxe tours in Japan from Asia holiday specialists Singapore Airlines Holidays. There are six new private and independent packages, ranging from five to 11 nights in duration, which showcase […] 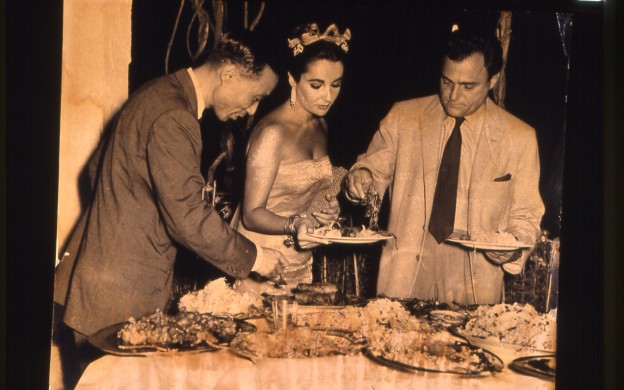 The iconic hotel welcomes all to explore its hallowed hallways with its Raffles Walk of Fame tour. The walk has been designed as part of the hotels line-up of activities to celebrate the 50th anniversary of its city’s founding.  Lasting 45 minutes, it gives visitors a chance to get acquainted with the property and follow […]

70% Off all Suites at Semara

With magnificent panoramic ocean views and seven unique, oversized and architecturally refined five bedroom villas nestled into 7.5 hectares of perfectly manicured tropical gardens, Semara Luxury Villa Resort is very much a place for the dedicated few. A sanctuary of unparalleled luxury, each of Semara’s seven breathtaking villas offers an exclusive haven of privacy with […] 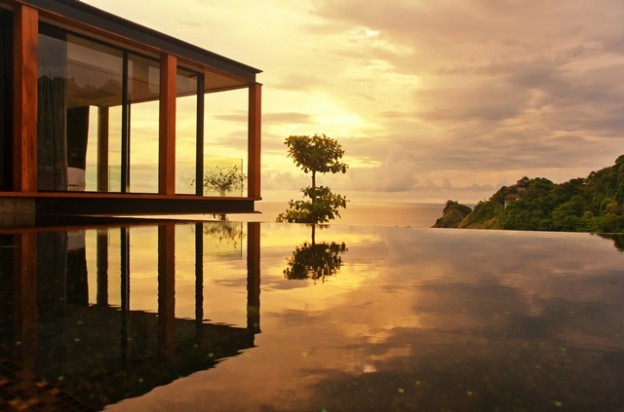 The Naka Phuket – Ready for Christmas

With its secluded location, beach access and luxury accommodation in romantic pool villas, the Naka is the perfect vacation destination.  On top of the opening of more pool villas, this five star property will launch a number of facilities just in time for Christmas and the summer months ahead.  New offerings include the Meka Sky […]

Looking for somewhere new and fresh to stay in Phuket?  Travelling with Family?  Look no further.  Located at the northern end of Patong Beach and enjoying magnificent views of the Andaman Sea and, a green backdrop of forested hillside, the Centara Blue Marine Resort & Spa Phuket is ready to welcome you after extensive renovation […]