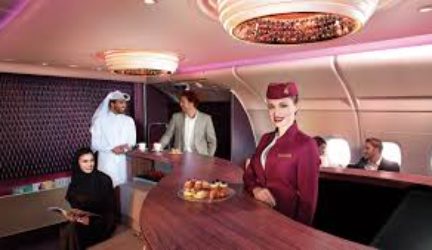 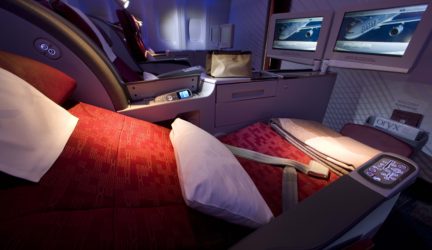 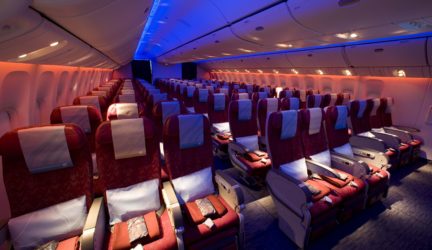 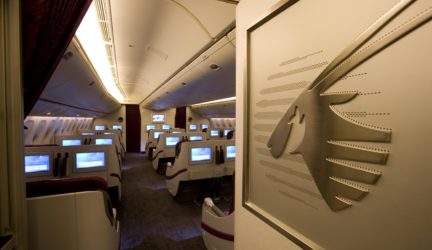 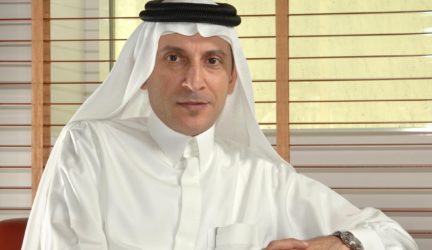 Qatar Airways arrival into Sydney marks the airline’s third gateway into Australia and to celebrate, the award-winning airline, gave guests a taste of the five-star service and hospitality they can expect when they travel on board one of its modern aircraft.

International actor, singer and crowned ‘Princess of Pop, Kylie Minogue performed and the evening culminated in a spectacular fireworks display. The menu, a combination of Australian and Arabic flavours in dishes such as Australian marron with tomato jelly, caviar, cucumber; beef cheek, carrot puree, dates, spice granola; and peach baklava were enjoyed by all and designed by Celebrity Chef, George Calombaris.

Qatar Airways Group Chief Executive, His Excellency Mr. Akbar Al Baker said: “The event provided the perfect start to our new partnership with Sydney which has long been a desired addition to our route map; our passengers have consistently requested more access to Australia and we are very happy to deliver. I am very proud that Qatar Airways is able to create more opportunities for Australians to see the world while travelling on one of the youngest fleets in the world."

“We are delighted to be able to offer passengers flying from Sydney the opportunity to connect to more than 150 places on our global network via our state- of-the-art airport in Doha. We look forward to taking the people of Sydney to the places they want to go on our modern aircraft, and giving them a taste of the Arabian hospitality and comfort, which earned us the aviation industry’s most prestigious title of Skytrax Airline of the Year in 2015.”

Qatar Airways has been serving Australia since 2009 when it commenced flights from Melbourne, later adding flights from Perth in 2012. The award-winning airline will now also fly a Boeing 777-300 daily from Sydney to Doha.

“The new services will deliver a strong economic impact for the NSW tourism industry and we look forward to working with Qatar Airways to further highlight the fantastic tourism products, experiences and events in Sydney and Regional NSW.”

Passengers travelling with Qatar Airways to and from Sydney in Business Class on board the Boeing 777 can enjoy one of the most comfortable fully flat beds in the sky with 78 inches of seat pitch. In addition, the on-demand à-la-carte menu service allows Business Class passengers to order anything from the menu at any time during the flight. The aircraft also features the state-of the-art Oryx One entertainment system, with more than 2,000 entertainment options on individual screens in all classes.

Hamad International Airport commenced commercial operations in April 2014 at a cost of US$15.5 billion and with an initial capacity of 30 million passengers a year. Once fully developed the airport is expected to handle up to 50 million passengers a year. One of the project’s key features is that 60 per cent of the site is built on reclaimed land from the Arabian Gulf.

When flying with Qatar Airways, passengers can look forward to a convenient and seamless one- stop transfer at the state-of-the-art Hamad International Airport (HIA), home of Qatar Airways. The airport houses one of the world’s largest and most luxurious Business Class lounges – the Al Mourjan Business Lounge, and also has over 40,000 square metres of retail space and restaurants that includes a selection of more than 70 retail and 30 food and beverage outlets, a pool, gym and a world first, squash courts.

His Excellency Mr. Akbar Al Baker has been instrumental in shaping the development of Qatar Airways into one of the fastest growing and most highly acclaimed airlines in the world – named Airline of the Year 2015, 2012, 2011 and runner up in 2014 and 2013, by global industry audit Skytrax. He is the Chairman of the Executive Committee of the Arab Air Carriers Organisation (AACO*), a member of the Board of Governors of the International Air Transport Association (IATA) and is a non- executive Director of Heathrow Airport Holdings (HAH).

Qatar Airways, (pron. Cat-are) the national carrier of the State of Qatar, is one of the fastest growing airlines operating one of the youngest fleets in the world. Now in its 19th year of operations, Qatar Airways has a modern fleet of 176 aircraft flying to more than 150 key business and leisure destinations across six continents.

Qatar Airways was the first airline in the world to pass the International Air Transport Association (IATA) Operational Safety Audit with a maximum 100 per cent compliance – a record it is proud to hold each year.