Unpack just once and enjoy the most free and flexible cruising experiences at sea as you explore exciting new destinations with Norwegian. Its 2018/2019 deployment spans across the globe, with sailings journeying to the warm waters of the Caribbean, the adventure-filled coasts  of South America, the awe-inspiring glaciers of Alaska, Norway and beyond. 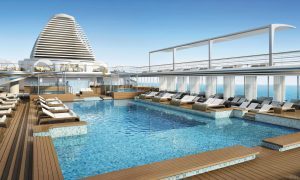 In summer 2018, guests can sail through the glacier-filled waters and gaze upon the snowy mountain-tops of Alaska on three unique ships, the youngest fleet sailing to the region. The brand-new Norwegian Bliss, arriving in June 2018, will lead Norwegian’s 2018 Alaska fleet with her inaugural season to the region, offering seven-day voyages departing each Saturday from Seattle. The largest and most innovative ship to sail to Alaska, Norwegian Bliss will be the first cruise ship custom-built with features and amenities for the ultimate Alaska cruise experience and will be the first Norwegian Cruise Line ship to make its debut in Seattle*.

Following an extensive renovation in 2017 as a part of the Norwegian Edge program, Norwegian Pearl will sail seven-day Glacier Bay Alaska cruises from Seattle departing on Sundays. Rounding out the Alaska fleet, Norwegian Sun will return to Vancouver and Seward to offer her incredibly popular northbound and southbound seven-day Alaska highlights voyages, offering guests the opportunity to combine back-to-back sailings for an immersive 14-day roundtrip cruise. 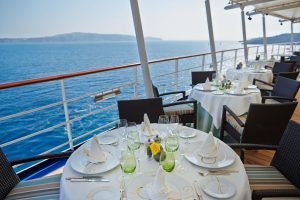 Guests can immerse themselves in the sights, sounds and flavors of Europe with five ships based in the region in summer 2018. Norwegian Breakaway will depart her New York homeport on April 15 for the first time since her inaugural season in 2013 for a 12-day transatlantic voyage to London (Southampton).

Following her arrival in Europe, Norwegian Breakaway will undergo enhancements in dry dock and then journey to her new seasonal homeport of Copenhagen, where she will sail nine-day Scandinavia & Russia cruises through the summer season. Norwegian Jade will return to Europe in summer 2018 and sail a series of Norway, Iceland, and North Cape cruises from London (Southampton) and Hamburg, showcasing the spectacular Norwegian fjords, along with British Isles cruises on select dates. Norwegian Spirit will return as well, sailing longer 10-day Western Mediterranean and 11-day Eastern Mediterranean & Adriatic cruises from Civitavecchia.

Norwegian Star will reposition from the West Coast to Venice, sailing a series of seven-day Greek Isles and Adriatic & Greece cruises from The Floating City. Norwegian Epic, which received ship wide enhancements earlier this year during an extensive dry dock, will once again sail seven-day Western Mediterranean cruises from Barcelona and Civitavecchia, showcasing the best of Italy, France and Spain.

In winter 2018/2019, Norwegian Spirit will set sail from Barcelona to the Canary Islands & Morocco, on a series of 10- and 11-day cruises that will bring guests looking to escape winter weather to the exotic bazaars of Northern Africa and Tenerife, which boasts the world’s third largest volcano and the highest elevation in all of Spain.

Norwegian will continue its tradition of sailing from both New York City and Boston to the pink sand beaches of Bermuda between April and September 2018. Norwegian’s newest ship, Norwegian Escape, will reposition for the first time since she was christened in 2015, and will sail from New York City to Bermuda on seven-day cruises to every Sunday, offering NY-area guests a new ship to enjoy, featuring Norwegian’s first brew pub at sea, the Tony-award winning After Midnight and critically-acclaimed For the Record: The Brat Pack, along with two restaurants from Iron Chef Jose Garces and The Cellars, a Michael Mondavi Family Wine bar. Norwegian Dawn, essentially a new ship after bow to stern enhancements this year, will sail seven-day cruises from Boston to Bermuda, departing every Friday.

In summer 2018, Norwegian Gem will set sail for the Bahamas and Florida each Saturday from New York City, bringing guests the best of beaches, theme parks and sunshine.  Norwegian Sky will continue to sail three- and four-day Bahamas cruises from Miami year-round, providing guests a private island escape to Great Stirrup Cay, which is currently undergoing enhancements that include a luxury lagoon area for Haven guests, along with enhanced facilities, premium cabana furnishings and more family-friendly amenities. 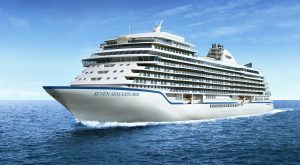 Norwegian Dawn will seasonally homeport in San Juan, Puerto Rico during the winter 2018/2019 season, sailing to the heart of the Southern Caribbean on seven-, 10- and 11-day cruises, with calls in  Barbados, St. Lucia, Antigua and more. Guests can also sail to the Southern Caribbean from Miami on Norwegian Jade, on a 10-day cruise on select dates from November 2018 – April 2019. 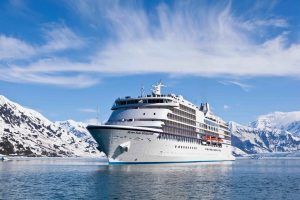 For those looking for a summer cruise to the Pinetree State and Great White North, Norwegian Gem will also sail north from the Big Apple in June 2018 on two seven-day cruises, calling in Maine, St. John and Halifax. For those guests looking to explore Canada & New England further, Norwegian Gem will sail extended 10-day cruises from New York that include an overnight in Québec City, while Norwegian Dawn will sail a series of northbound and southbound seven-day cruises between Boston and Quebec, offering the opportunity to combine for the ultimate fall getaway with a 14-day roundtrip cruises.

The recently-refurbished Pride of America will continue to sail her very popular seven-day Hawaii itinerary departing from Honolulu every Saturday through May 2019.

Offering more than 100 hours of in-port sight-seeing time, the only ship to sail the islands features an itinerary with calls that include an overnight in Kahului, Maui; Hilo, Hawai`i; Kona, Hawai`i; an overnight in Nãwiliwili, Kaua`i; and an afternoon cruise past the breathtaking Nãpali Coast.

West coast guests looking for a sun and fun cruise can embark on a seven-day Mexican Riviera sailing from Los Angeles on select dates in December 2018 and March 2019 that features calls in Puerto Vallarta, Mazatlán and Cabo San Lucas.

Norwegian Sun will once again return to South America, sailing a series of alternating westbound and eastbound 14-day itineraries between Valparaiso, Chile and Buenos Aires, Argentina in Winter 2018/2019, featuring a sail around Cape Horn and Tierra del Fuego's splendid fjords.

Norwegian Cruise Line is the innovator in cruise travel with a 50-year history of breaking the boundaries of traditional cruising, most notably with the introduction of Freestyle Cruising which revolutionised the industry by giving guests more freedom and flexibility. Norwegian Cruise Line invites guests to explore the world on one of 14 purpose-built Freestyle Cruising ships, providing guests the opportunity to enjoy a relaxed, resort style cruise holiday on some of the newest and most contemporary ships at sea. Recently, the line was named “Europe’s Leading Cruise Line” for the eighth consecutive year, as well as “Caribbean’s Leading Cruise Line” for the fourth time and “World’s Leading Large Ship Cruise Line” for the third straight year by the World Travel Awards.

*Norwegian Bliss cruises will be available for booking early 2017